Escape from Netherworld now in Stores!!!

During the Holidays, I stopped at my local Barnes and Noble store, looking for some gifts for family and friends.  I had been waiting on a response from their corporate offices about my book, Escape from Netherworld, to see if and when they would be putting my book on the shelf in the stores. Since this was my first book as an author, I was told it may only be online until sales figures and reviews would help decide what they do.  So to my surprise when I walked in..... 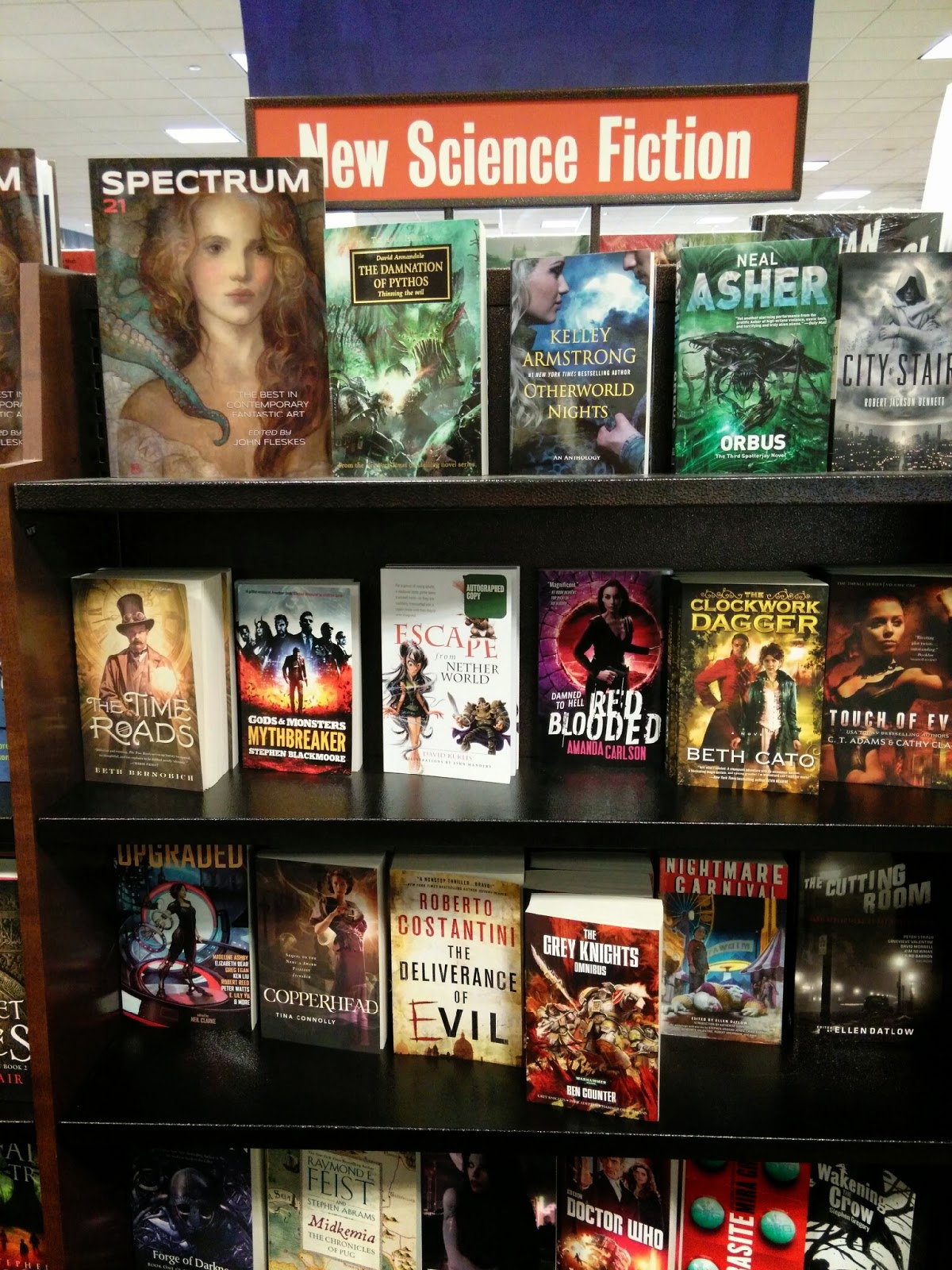 ....it was already on their shelf in the science fiction/fantasy section.  It truly felt good to see my hard work start to pay off and a really good feeling seeing it on the shelf for the first time.  I ended up speaking to the manager and found out that Barnes and Noble had agreed to start putting my book in the local stores in my area, which is Pittsburgh, Pennsylvania.

He asked if I would autograph the copies in the store and I spoke to another employee who wants to set up book signings at several locations when things start to settle down after the holidays.  I was still kind of shocked that I saw the book on the shelf, hoping that i was not just dreaming.  I won't lie, I felt proud to accomplish this stage in the process.  The next step is for me to get Barnes and Noble to agree to put the book on their shelves nationally.  Hopefully, I will be blogging another post soon with more good news from Barnes and Noble.
Posted by David Kuklis at 8:00 PM No comments:

R.A. Salvatore inspired me to become a Writer!

I have been reading sci-fi/fantasy novels since I was a kid. I have basically read everything written about Star Wars and almost every novel that has come from TSR/Wizards of the Coast involving multiple realms.  I am a huge fan of some of the authors involved and a few have written for both series, but the one that has stood out for me has to be R.A. Salvatore.

I have read everything R.A. Salvatore has written that I could find, including a novel that involved Tarzan.  What fascinated me about his writing is his incredibly detailed fight scenes and how you feel that you have a seat in the stands watching the battle as it takes place.  He brings you into his world and sometimes makes you want to become part of it. 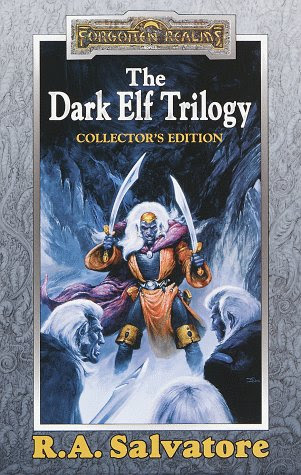 His main character, Drizzt Do'Urden, has been a favorite fighter of mine through a number of trilogies and series, and has continued to grow into a legend in the world of fantasy as has R.A. Salvatore himself.

As I continued to read trilogy after trilogy, I realized that the fighting scenes that were in my head, needed to be put down on paper.  This is how I became a writer.  I had wanted to write a series of my own for a good while and decided that, at the age of 40, this was something I was missing and needed to accomplish in my life.  So my first book, Escape from Netherworld, was created and i am busy at work on the 2nd and 3rd book in the series.  Writing has become a huge part of my life and I need to thank R.A. Salvatore for inspiring me to make my dream into a reality.

Posted by David Kuklis at 9:05 AM No comments:

This is completely off topic, but I wanted to see if anyone else had a similar experience.  This past weekend, i had a near death event that involved me, my home, heavy rain and a downed live wire that came off of my house.

To set it up a little bit, i live on a dead end near the woods, my driveway is actually behind the home which you have to drive down a dirt road to come around into the driveway.  With hunting season, the road is loaded with trucks and a ton of hunters. On this day, it was raining heavy and the road was packed with hunter's trucks.

I was sitting in my living room, putting batteries into Christmas animals that play music for the holiday.  Suddenly i hear a massive bang that sounded just like a shotgun right outside near my porch.  I know that the hunters go in the woods but i thought possibly one decided to not follow the written rule of being so far in before shooting their weapon.  So I get up, throw on a jacket and head out onto my porch. I do not see anything on my porch that is out of the ordinary, like a stray bullet in my wall.  Looking over the porch, I see all the trucks but no one around.

I decided to go around the side of my house and check the side wall and in the back yard to figure out where the bang came from.  Coming off the porch is 4 12"x12" stepping stones that lead into the yard. They are not fully secured in the mulch, so i always look down to make sure I stand on each one.  i made all four stones and my next step was going into the yard.  I was lucky to be looking down because my step would have brought me down onto a wire laying in the yard.  I almost lost my balance when i saw it but caught myself and stayed on the stone.  I backed up and when inside.

I called my electric company and 911 because my house at this point at lost power to half of it.  I ended up having a firetruck, ambulance, police cruiser and an emergency dispatch vehicle at my home before the electric company even got there since it was a weekend.  The firemen told me I needed to stay in my home, along with the three houses on the dead end street.  They checked the wire and it was completely live.

Sorry for rambling, but the point of the story is that the electric company and the fire department told me that if i took that last step, I would not be here right now telling my story.  The guy from the electric company said that the load bang was the wires touching as the one came off of the house.  He also said the wire could have electrified the yard or started a fire based on the rain and the explosion.

I guess it has not hit me completely yet.  I was basically a half step away from death and looking on it now, would not have anything in order for my family if something did occur.  I was just lucky I happened to be looking down or I would have stepped right onto the wire and would not have had a chance to survive.   I need to get things in order and be prepared because anything can happen, including something that is right outside of your home and out of your control.

Please comment on the story or let me know if you had a similar experience that you would like to share.  Like I said, maybe it has not sunk in completely yet but talking about it releases some of the pressure on my mind.  Thanks for listening.
Posted by David Kuklis at 6:47 AM No comments:

I am running a free E-Book promotion on Amazon today Friday Dec 5th through Sunday Dec 7th.  From Dec 8th through Dec 10th, the ebook will be only .99 cents for those who miss out on the free promotion.  I will incrementally increase the price to 3.99, 6.99 and then back to 9.99 every 3 days, allowing people who were away on vacation or missed the blog post to still get the ebook on Amazon at a discounted price for Christmas or to read yourself.  You can also gift the ebook to family and friends for the holidays.  I am looking forward to read comments or reviews over time after everyone had a chance to take a look or read the book. The link below will take you to the ebook promotion on Amazon. Thanks, Dave

Posted by David Kuklis at 7:26 AM No comments: